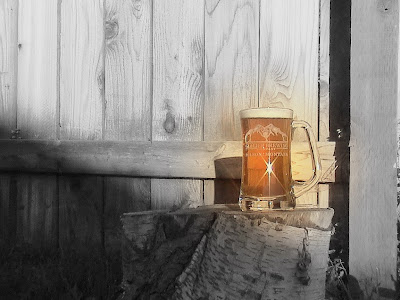 yup...
it has been quite awhile since I've chimed in with my two cents.
I have been otherwise occupied this whole time. Chasing cats. Putting out fires. Chasing cats on fire.
Plain and simply, I have been too busy managing our little brewery and tasting room. I wish I had a better excuse like; "I've been touring the country, visiting small breweries and tasting their beers or I was searching for a hidden cache of ancient brewer's yeast in Iceland."
Nope, sorry. Bottom line is I've been managing our bottom line! 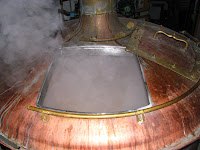 A lot has been happening in this industry since my last post. Most notably, the huge, big, macro, American-owned breweries are still huge, big, and macro but are no longer American-owned. I'm talking about Anheuser-Busch , Coors Brewing , and Miller Brewing. Collectively, these three breweries held around 80% of the domestic beer market.
Well, since then all three of these behemoths have been acquired by other companies.
Non-American-owned companies.

So, to update your scorecard:

As if that wasn't enough. Shortly after the dust settled, MillerSAB and CoorsMolson struck a deal to form MillerCoors. Don't be fooled though. Non-American-owned SAB and Molson are still behind these two. 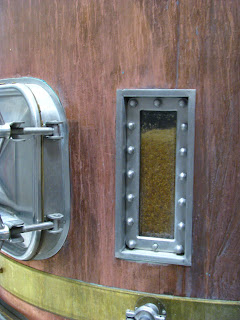 Now I don't want this monologue to come off as antiforeignism. The point I am laboring towards is the pervasive and intentional perceptions put forth by the above named corporations to cast their brewed products as all-American in an attempt to related, and sell, to average Americans. "Brewed by true Americans for true Americans!" These mega-breweries are making an untold amount of money on very cheaply-produced beer coupled with world-class marketing. To be frank, I wish I had 0.01% of their marketing budget!

Anyhew, when you are out and about at your favorite watering hole or restaurant and the all-important question of "What beer would you like?" comes up. Please understand and realize this fact: the menu will state "Our Domestic Beers are Bud, Bud Light, Coors, Miller, etc". These are NO LONGER DOMESTIC beers! They are Foreign owned with foreign alliances! REMEMBER, the craft breweries (like the one in YOUR town) are American owned and operated.

WE ARE THE DOMESTICS!

WE ALWAYS HAVE BEEN!

We spend our dollars in our communities. Please make sure the dollars you spend stay in that community!

All of us at the Glacier Brewing Company are counting on you!

p.p.s. keep an eye peeled for our NEW WEBSITE launching as soon as I get done with it! 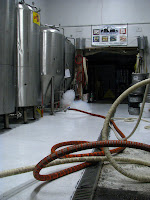 Posted by Glacier Brewing Company at 10:50 AM

I really enjoyed sampling your brews and being able to spend some time this week at GBC. This was my first visit to the area and is one of many reasons I hope to be back soon.