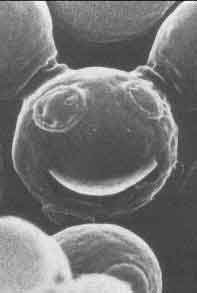 Jim finished kegging out the rest of the Dunkel Hefeweizen yesterday. At the end of the tank we had a generous deposit of hefeweizen yeast that had settled out. It never ceases to amaze me how much influence this little yeasty character has on the final product of beer. I could brew two beers with EXACTLY the same ingredients, process, and methodology but change just that one variable: the yeast strain, and we'd end up with two beers that look the same but taste entirely different. I've always believed that happy yeast are one of the keys to a successful brew.
We get our yeast from this great little lab in Colorado Springs, Colorado call The Brewing Science Institute. I've been using them as a yeast supplier for pretty much my entire professional brewing career. When we need a new batch of yeast (we use the same batch for about 15 brews), the kind folks at BSI begin to "grow" our order volume from a microscopic sample they keep in liquid nitrogen. It takes about five days to get it propagated up to the volume we need. Then it is packed in cold-packs and overnighted to us. When our new yeast gets here, it arrives in an expandable plastic container the size of a little red dodge ball and resembles a mocha latte! We pitch this slurry into a freshly-brewed beer and let the magic of fermentation run its course. One of the neat things is we start with about a quart of yeast slurry but when the fermentation is complete, we have probably 15-20 gallons of it in the bottom of the fermentation vessel! During fermentation, the little yeast cells eat the sugar from the grain, burp out carbon dioxide gas, excrete alcohol and grow more little yeast buddies!
(sing with me) THE CIRR-CLE OF LIIIFFFE!!!!(okay, okay, stop singing! let us never speak of that again!) 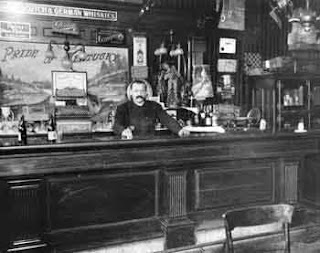 If you happen to see Bob today, wish him a HAPPY BIRTHDAY! I'm not really sure how old he is now, let's just call him "OLD!" Well, I guess we could cut him in half and count the rings but then we would've ruined a perfectly good "Bob".

Posted by Glacier Brewing Company at 10:51 AM