State of our State 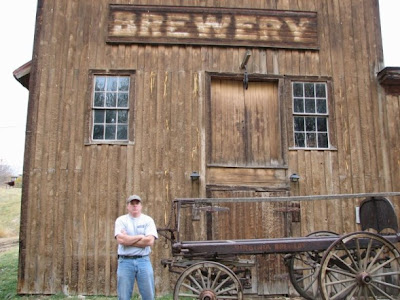 Photo: Your humble brewer in front of the first brewery in the Montana Territory, the Gilbert Brewery, Virgina City, Mont.
Quite a last few weeks in the Montana brewery culture. We saw a staggeringly-proposed rule change put forth from the Montana Department of Revenue (affecting Montana's tasting rooms) rescinded at almost the last moment. For those of you unfamiliar with this chain of events, allow me to present my perspective:
The rule change was posted on the Department of Revenue's (DOR) website a little over a week before the hearing. Luckily, one of our state's brewers noticed this and rang the warning bell. The Montana State Brewer's Association (MSBA) began a very concentrated effort to inform the public, elected officials, and themselves about this rule change. Letters were written to the Governor, State Senators, State Congressman, State Representatives, reporters, editors, and any else that would listen.

Petitions were started and filled with passionate comments at a record pace. Enough public interest was whipped up that Governor Schweitzer ordered a meeting between the DOR and MSBA. At this meeting, the brewers were told by DOR Director Dan Bucks, that the rule would be rescinded from the hearing and the director apologized for his staff not communicating with the brewers about this rule prior to the posting. Huge thanks to Director Bucks for having the strength to do the right thing regarding this issue. It was further stated that the Montana Tavern Association (MTA) 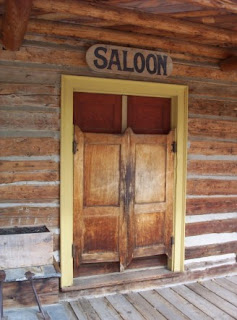 had nothing to do with this. It is interesting to note that in newspaper articles when this issue first breached quoting DOR employees that they had "received numerous complaints from all-beverage licensee holders" (read: tavern owners). When these DOR employees were pressed to present these complaints, they stated that these types of records are not kept by the DOR. Whether the MTA was behind this proposed tasting room restriction or not is somewhat unclear. Bill Schneider of the New West online magazine gives a real nice synopsis of the whole "brew-ha-ha" (I hate that term!) at http://www.newwest.net/topic/article/score_one_for_the_brewmasters/C41/L41/.

Once the dust settled, I found out (from the DOR) that tasting rooms in Montana are legally allowed to remain open past 8:00pm until 2:00am. The restriction is that from 8-2 ONLY off-premise sales (kegs, growlers, six-packs) can occur; NO ON-PREMISE CONSUMPTION! The majority of Montana brewers were unaware of this little allowance.
This brings me to another rant/gripe/amazement/whatever: When you open a brewery in Montana (this has been my experience), you do not get a listing of the rules you must follow. This is also true at the federal level (we're also regulated by the Department of Treasury, by the way). Isn't it in every one's best interest if the rules of the game are known from the git-go?

At any rate, I was thankful and truly awed by the caliber and amount of support Montana breweries received from our faithful public:
THANK YOU!!!
Until next time,
Your Humble Brewer
Posted by Glacier Brewing Company at 6:40 PM