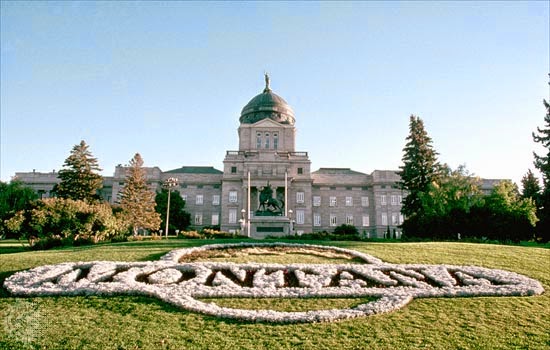 Well, it's February in an odd year and that can mean only ONE thing:  if you said "There must be a fight in Helena over a bill affecting breweries in Montana!", you would be mostly correct.

I say mostly because there are actually at least TWO bills relating to breweries (well, three if you count nullifying the prima facie evidence of a contract between a brewer and distributor).

1. House Bill 336 looks to redefine what a "SMALL BREWER" is in Montana by increasing the barrels-produced cap from 10,000 to 60,000 without having to shut down selling pints in their tasting rooms. There have been a couple of high-profile breweries that have pulled their beers from state-wide distribution so they could remain under the 10,000-barrels-produced cap and still sell their beer in their tasting rooms. Currently, if a brewery makes more than 10,000 barrels a year, they are not allowed to sell beer for on-premise consumption. By the way, 60,000 barrels equals 1,859,999 gallons or 3,309,606 six packs!  I have heard this bill called the "Have-your-cake-&-drink-a-beer-too bill"!

2. House Bill 326 wants to allow brewers the opportunity to purchase and hold  a retail beer license or an all-beverage license that they may use at their existing facility and allows existing alcohol license holders the opportunity to open a brewery. Either entity can own up to three of these licenses that is, if the area you are in even has any licenses available for purchase. This could go a long way to furthering understanding between the brewers of this state and the tavern owners of this state. No better way to understand someone than to walk a mile in their beer or spirit-soaked shoes! One party would live understanding how to pay for the incredibly inflated costs of the All Beverage license while the other party would learn how ridiculously expensive breweries are to set-up and run.

These two bills both sound interesting on their faces. Groups from both camps have argued they will not impact our three-tiered system of alcohol manufacture, distribution, and sale. They both claim to be pro-business for Montana. They both look toward evolving our state's alcohol regulations. While I can see solid reasons for both of these bills to succeed, I can also see real-world reasons why they might not. But the success or failure of these two bills might not be what needs to be the real focus here. 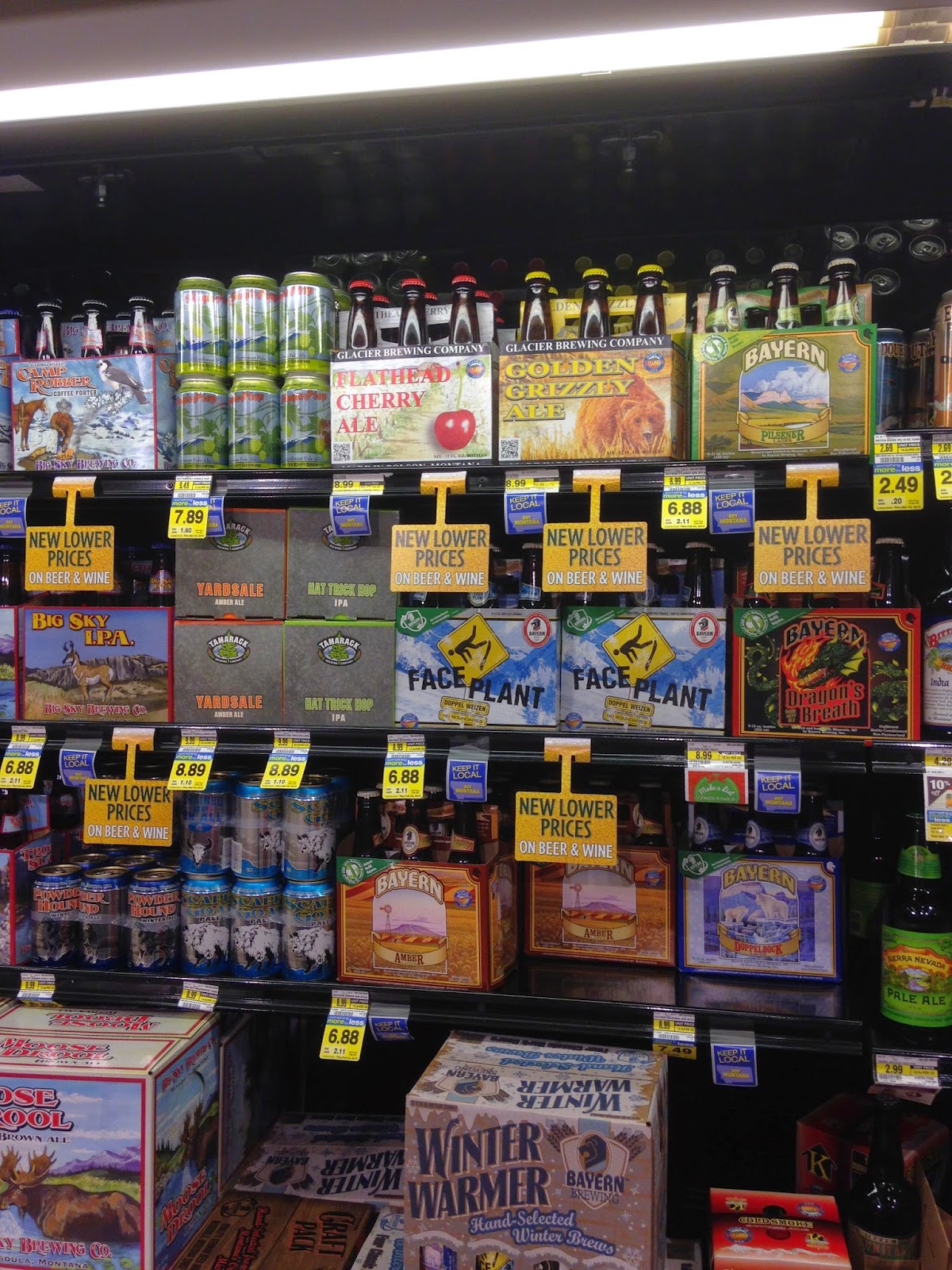 A MENTAL EXERCISE
Working alone most of every day, I am left with my brain as a constant companion and relentless chatterbox. It does tend to wonder about abstract, sometimes, bizarre, things, forcing me to listen.
To wit:
Regarding the above mentioned bills I am left to repeatedly ponder the same thought, as I stir the mash: who benefits?
If House Bill 336 succeeds, how many Montana breweries, Montana businesses would benefit? how many are bumping or about to bump against the 10,000 barrel limit? Two, five, more than six? Not to dismiss any Montana brewing operation's potential success, but this seems like a hell of a lot of effort for a small handful of businesses that wish to consume more and more of the Montana beer pie (mmmmmm, beer pie!). I know, I know: "If this bill helps just ONE Montana business.........!". It seems the rich breweries would get richer.

Alright, what about House Bill 326? Same question: who benefits? 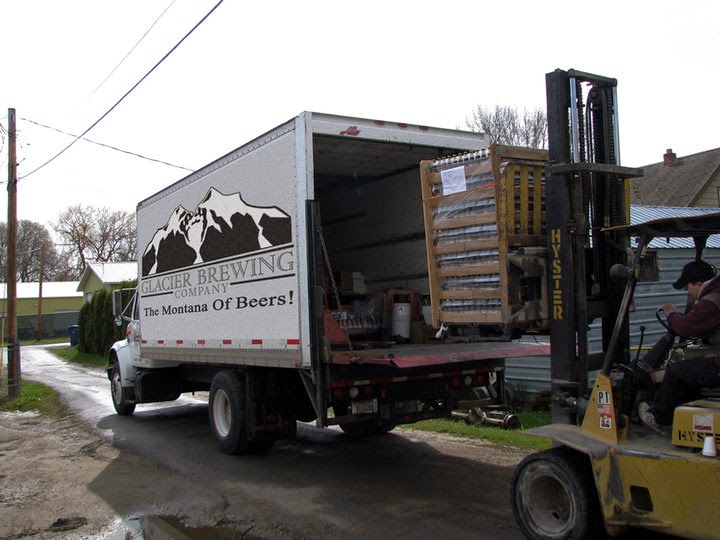 Well, the good ole' Glacier Brewing Company could be of of the potential beneficiaries of this bill passing. Could be if a license is for sale in our seasonally-sleepy burg for us to digest (I don't think there is one available.) and do we have several tens of thousands of dollars to pay for said license (pretty sure we don't.). All-Beverage licenses sell on the open market anywhere from $50,000 to $950,000 and up! Our situation would not be unique among Montana breweries. I would safely say that the majority of Montana breweries would be in a similar boat. So then the question remains floating on the air: who benefits by this bill passing? Most likely just a select few with the opportunity and the deep pockets to exploit it. Pretty similar to the first bunch.
Of course this mental exercise is not isolated to just Montana brewery politics. This scene is played out all across the country and the world at multiple levels. Nothing very Earth-shaking about the big and rich of a system changing the rules to become bigger and richer. At any case, anyone who has been watching the Montana alcohol scene for a number of years can't help but wonder if these bill were "allowed" to get as far as they have so as to effectively muddy any legislative waters this session for Montana brewers. Quite a lot of effort and resources from several business people, organization, lobbyists, and citizen-groups has gone into getting these two pieces of legislation to where they are now. Since the Montana Legislature meets only once every two years Montana businesses and citizens have a chance only once every two years to change the laws and rules that affect them on a daily basis. If Group A would like more control over Group B (read: make more money!), it seems it might be easier for Group A to tie up any efforts by Group B to change the laws by "helping" to steer Group B into pursuing a course of action that really won't change much in Group A's world but appears to do "something" for Group B. At least for two years. Maybe that is the answer to my questions: who benefits?

Well, my brain is yelling at me to stop typing and weigh out the hops for today's brew; another batch of Golden Grizzly Ale. Thanks for coming along on my brewhouse-induced mind trip. I hope I'm given you a few items to ponder about the next time you sit down and relax with a Montana-produced beer, hopefully one made by the Glacier Brewing Company. 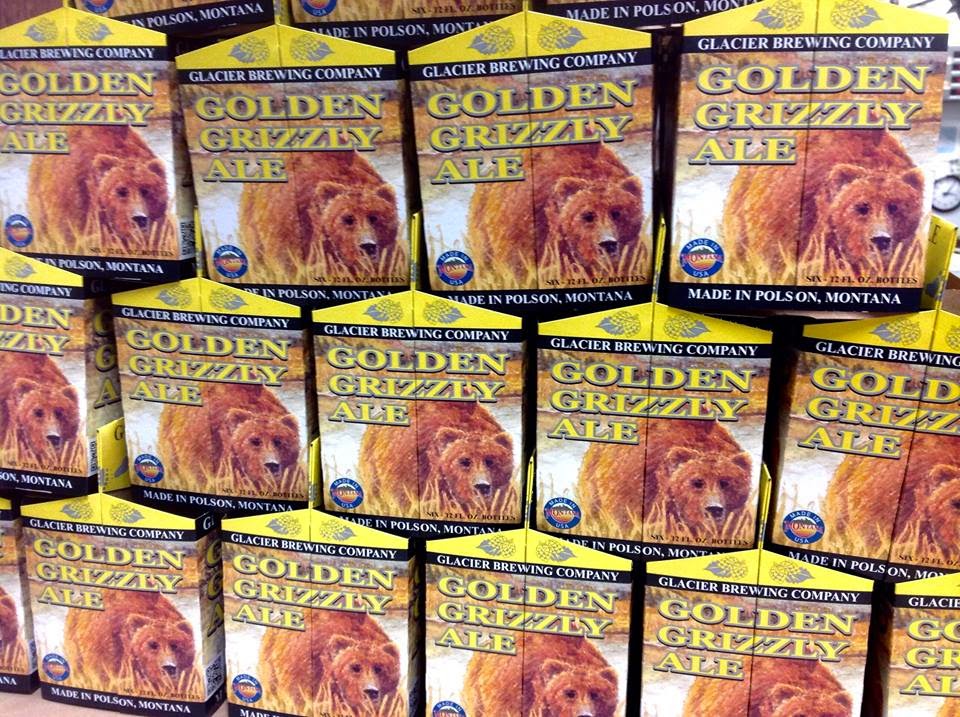 Myself, I'd just love to see the tasting room hours change.

Until next time, I remain,
Your Humble Brewer


Posted by Glacier Brewing Company at 11:00 AM